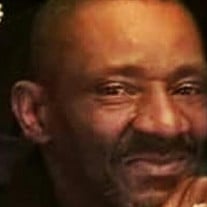 Mr. Wallace Lee Aaron, affectionately known as “Gator” was born on March 23, 1960 in Winston Salem, N.C. to Margaret D. Aaron and the late Willie J. Aaron. He was called to his heavenly home on Sunday, September 4, 2016 at Hospice House of Davidson County. Gator was a hard working and loving man to all he encountered, he never met a stranger, always willing to extend a helping hand. Gator attended Forsyth County School system and worked for K & W Cafeteria for many years, until he ventured out into his own skills of carpentry, painting, landscaping, and many other talents until his health declined. He was preceded in death by: his father- Willie J. Aaron, his maternal and paternal grandparents, his brothers-Willie J. Aaron, Jr., and Frank A. Aaron, a nephew- Calvin A. Bush, and a brother-in-law-Clayton Huntley. He leaves to cherish his loving memories: his mother- Margaret D. Aaron, four sisters- Shirley (Bishop S.T.) Green, Mary (Kevin) Pendergrass, Margaret Huntley, and Linda Bussey all of Lexington, N.C. Nine nieces, Fifteen nephews, a host of great-nieces, nephews, great-great nieces, nephews, aunts, uncles, cousins, and many friends. Two devoted cousins: Melvin Crockett and Joe White. “Gone yet not forgotten, forever in our hearts, until we meet again may God hold you in the palm of his hand. “ .

The family of Wallace Lee Aaron created this Life Tributes page to make it easy to share your memories.

Send flowers to the Aaron family.