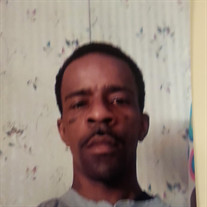 aurus Rico Ferguson, 36 passed on February 6, 2017. He was born in Forsyth County NC to the late Mary Annette Ferguson. He was a graduate of the local public schools of Forsyth County. He leaves to cherish his loving memories God Father Elester... View Obituary & Service Information

The family of Mr. Taurus Ferguson created this Life Tributes page to make it easy to share your memories.

Send flowers to the Ferguson family.