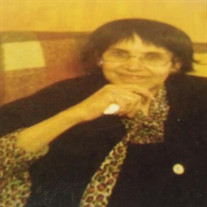 Nancie Renee Prince was born December 15, 1946 in Winston Salem, NC. She moved to Philadelphia, Pa at age four where she attended the City of Philadelphia Schools and graduated top of her class from Olney High School, Philadelphia, Pa. Mrs.... View Obituary & Service Information

The family of Nancie Renee Prince created this Life Tributes page to make it easy to share your memories.

Send flowers to the Prince family.