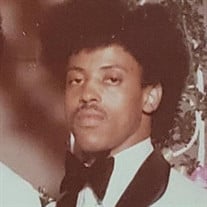 Clem P. Andrews was born in Winston-Salem North Carolina to his late parents Mr. Clem Plummer (Preston) Andrews and Mrs. Frances Wright Andrews. His brother Ronald A. Andrews preceded him in death; Ronald passed away January 2, 2011. Clem is survived by his youngest brother Nelson Andrews and sister in-law Sharon Parrish Andrews, currently in the Dallas/Fort Worth area of Texas. Clem is also survived by several children and many grandchildren. Clem’s most important trait in life was his love of family. He often traveled throughout the United States to visit family members. He would often tell me that we were part of the Wright clan of Winston-Salem from our mother’s heritage and the Henderson clan from our father’s heritage. He often told me that it was his mission and privilege in life to reach out to family. He often told me “we should learn as much as we can about family and yourself”. After one trip to Washington D.C., Clem called me and stated that he discovered the origin of his first name “Clem”. He discovered a great grandfather named “Clem Terry”; a farmer in Doerun, Georgia. He then convinced me to continue tracing our family’s Heritage. Clem also served as Wright-family recorder assisting Richard of Boston, Massachusetts to.Clem graduated from North Forsyth high school in the year 1969. He then went to the University of the District of Columbia where he received a degree in architectural science and drafting in 1973. After college, Clem worked at a Nuclear power plant in South Carolina designing duct work to cool complexes containing the reactors. He continued this work until, nuclear power plants became unpopular as sources of electrical power. His next position was with Ford Corporation. With Ford Corporation, he designed cubicle office spaces and assisted in building and designed the duct work to circulate air throughout the office space. This job enabled him travel from state to state setting up office cubicle spaces for Ford Corporation. Each time this job brought him to the Dallas/Fort Worth area, Clem reveled in the role of my “Big brother” and “the favorite uncle of my daughters”. Finally, Clem took on the role of handyman, builder and mechanic in Winston-Salem. In his final years, I would call him and he could only talk about a project that he was involved in completing. I would frequently tease him about me being a better carpenter than him. This would always start a bragging match between us, which he would always be victorious. Within the last year, I tried to convince him to take life easy, but helping people in Winston-Salem was his passion. I personally think it was his reason for being around people and engaging in conversation. He truly loved talking with people. As his son Antroine, jokingly said to me “He is up in heaven now and is probably helping Saint Peter maintain the gates of heaven. “Clem! Now that you are home, rest assured that you are still loved”.

The family of Clem Preston Andrews Jr. created this Life Tributes page to make it easy to share your memories.

Clem P. Andrews was born in Winston-Salem North Carolina to his...

Send flowers to the Andrews family.